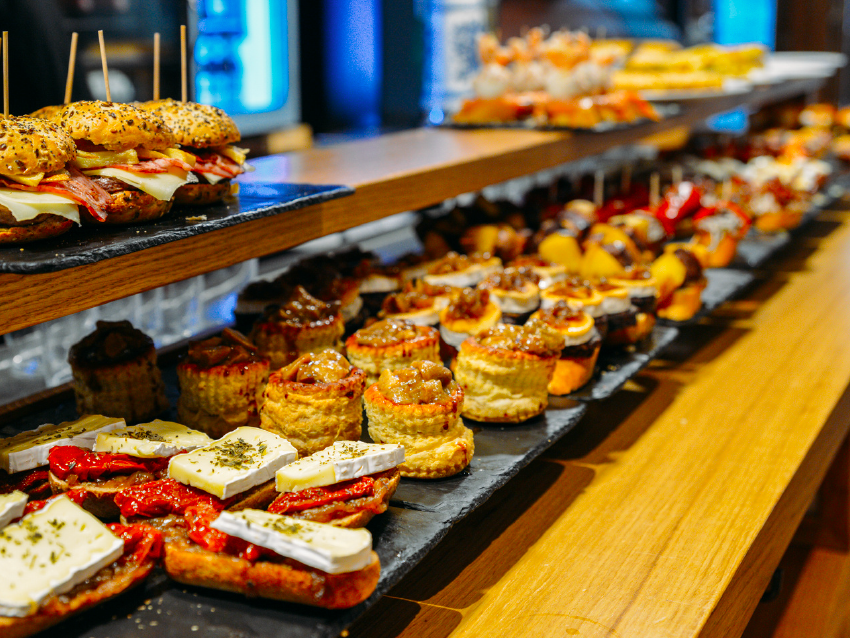 Do you like your food in delectable bite-sized morsels? If so, you’d fit right in in Spain. The Spanish tapa has made a name for itself across the mesas (tables) of Spanish restaurants, both in its homeland and worldwide. In this blog, we’re going to look at recreating the vegan version of your favourite Spanish tapas.

But first, some history

From fiery flamenco tabernas (taverns) to Michelin-starred restaurants and everywhere in between, in Spain, you’ll never have to sip on a sangria without a tasty treat to accompany it. And some say this is the whole reason it was created.

Tapa comes from the word tapear, which means ‘to cover’. Therefore, a tapa acts as a lid.

One of the stories about the origin of the tapa (and probably the one you’ll hear most often whispered amongst the cobblestones of the Old Town of any Spanish city) is that the original tapa was a slice of cheese or ham put over the top of a glass of the beverage of choice to stop flies and dust sullying the precious swill below.

Some versions go on to clarify that once upon a time, King Alfonso XIII called into a tavern in Cadiz and ordered a cup of wine. Cadiz is known to be rather windy, so to keep pesky sand out of his cup, the waiter put a ‘lid’ of ham/cheese on it. The king then demanded a tapadera (lid) with his wine at every establishment he graced with his royal presence.

Another version has a different King Alfonso (this time X and not XIII) being administered copious amounts of wine to cure an illness. To avoid intoxication, he would have small portions of food along with the wine. And living up to his name as Alfonso ‘The Wise’, he decreed across the land that a titbit of sustenance be served with any alcohol to prevent public drunkenness. 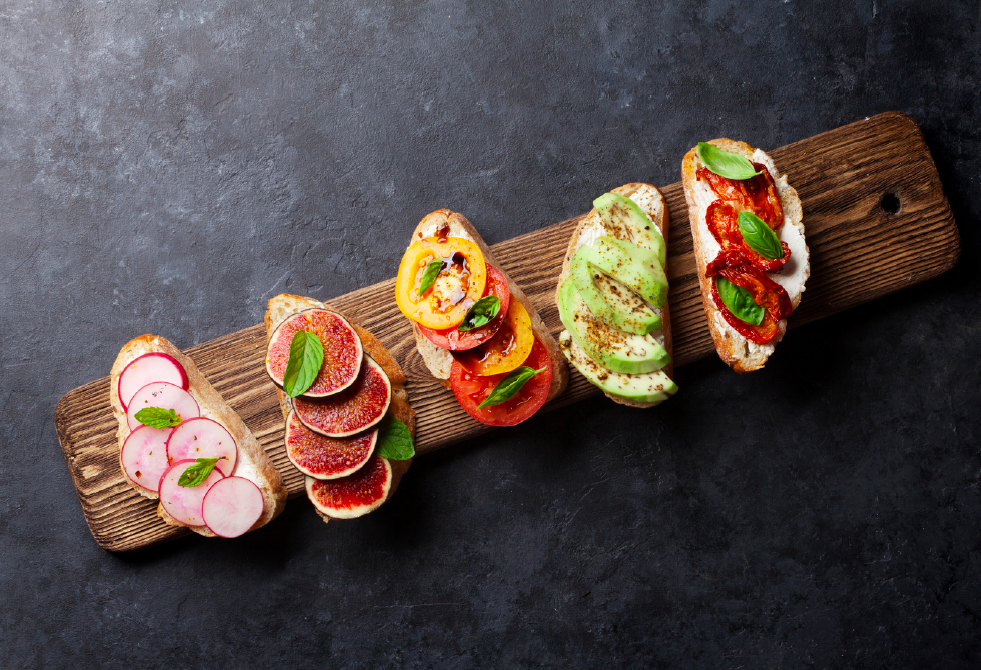 In Spain, dinnertime is usually around 9-10pm. For this reason, many people will tapear – have a snack of a tapa or two at a bar before dinner. You can also make a whole night of it and bar-hop, trying a tapa and tipple at each joint along the way. The is called ir de tapas (going for tapas).

If you’re in a larger group, you can also order raciónes, which are slightly larger servings that are easy to share.

In some parts of Spain, tapas have a different name. In Basque Country in the northeast of Spain, for example, they’re called pintxos, and usually consist of a slice of French bread with some delicious topping and a toothpick holding it all together. In the famous culinary town of San Sebastian, you can go to Michelin-starred establishments and order gourmet pintxos straight from the bar.

And if you’re ever in a bar in Spain and see people throwing their paper serviettes and toothpicks on the ground, don’t be distressed. This is seen as a sign of appreciation. 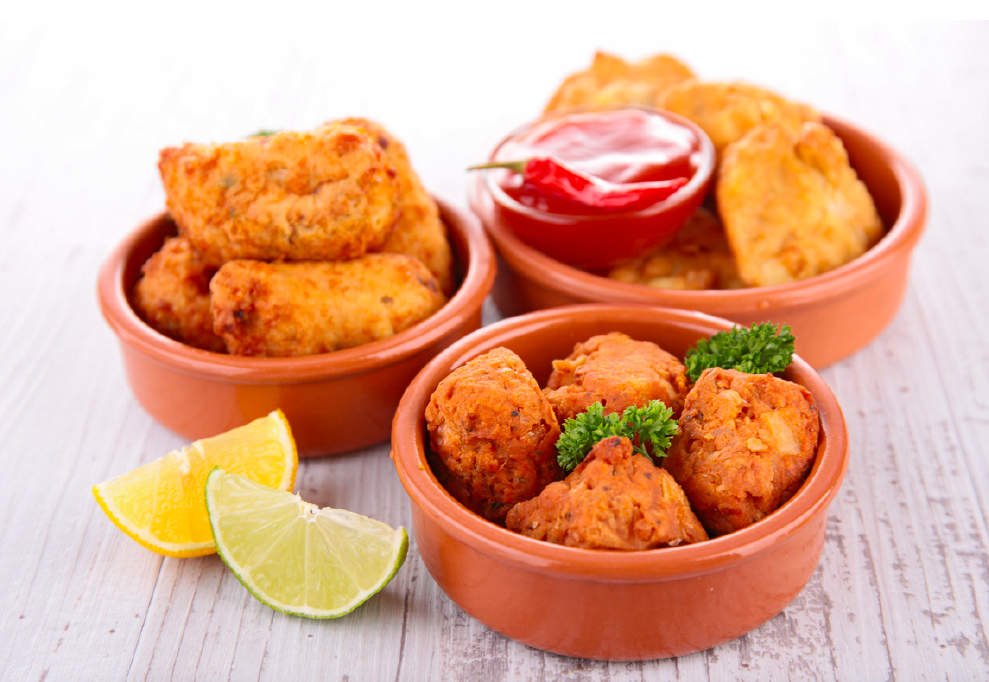 So, let’s get to the recipes​

There are many different types of tapas to choose from. We’ve selected our favourites that are easy to make and sure to please both your vegan and non-vegans amigos.

This is the quintessential tapa that you pretty much can’t not order. It is cubed and fried potatoes laced with a spicy tomatoey sauce. It was born in Madrid and the original version is actually vegan, although most places now mix some aioli into their sauce to make it creamy. Here’s our take on it.

Croquetas originally (allegedly) come from France where they’re called croquettes. You can also find them in Holland, Belgium and many other countries. In Spain, they are a convenient way to use up leftover meat or vegetables by mixing them with bechamel sauce, rolling them in breadcrumbs and frying them to golden perfection. Here’s the vegan version of Spanish croquetas for you.

These are little skewers with various treats on them. The name comes from the original skewers that were shaped like the darts used in bullfighting. Thankfully, no bulls were harmed in the making of our banderillas. And the good thing about them is you can go off-book and freestyle with your own additions. The key is to combine a number of flavour profiles on the stick. So, maybe a salty olive, a sweet pickle, a spicy pepper, a creamy piece of tofu. You can be as creative as you like.

Empanadas are basically crescent-shaped pies. The word empanar means ‘to wrap or coat with bread’ and originally, an empanada was a pocket of bread dough filled with either meat or veg or a combination of the two and baked or fried. The Moors brought them to Gibraltar and from there, they took off across Spain and Portugal, and later, across South America. Every country has their own take on these tasty little pasties. Here’s our version of vegan empanadas.

We hope you enjoyed learning a bit about the origins of tapas and that you have a culinary fiesta trying your hand at these recipes.

Cooking oil – which to use for what and why

Herbs 101: How to use Basic Herbs in Vegan Cooking