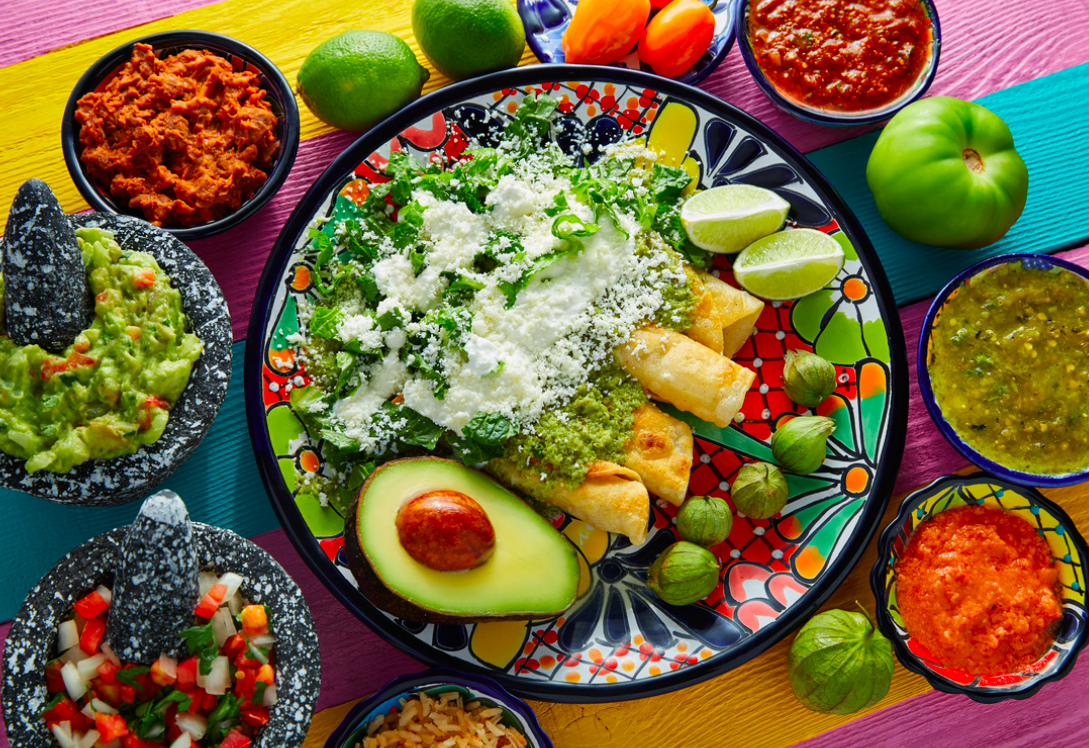 Mexican food is a solid favourite for many people and if you’re a vegan, you don’t want to miss out on the satisfying, fresh and slightly picante flavours of Mexico. In this blog, we’re going to show you how to make some Mexican staples so you too can enjoy the heat and passion of Mexican cuisine. Olé! 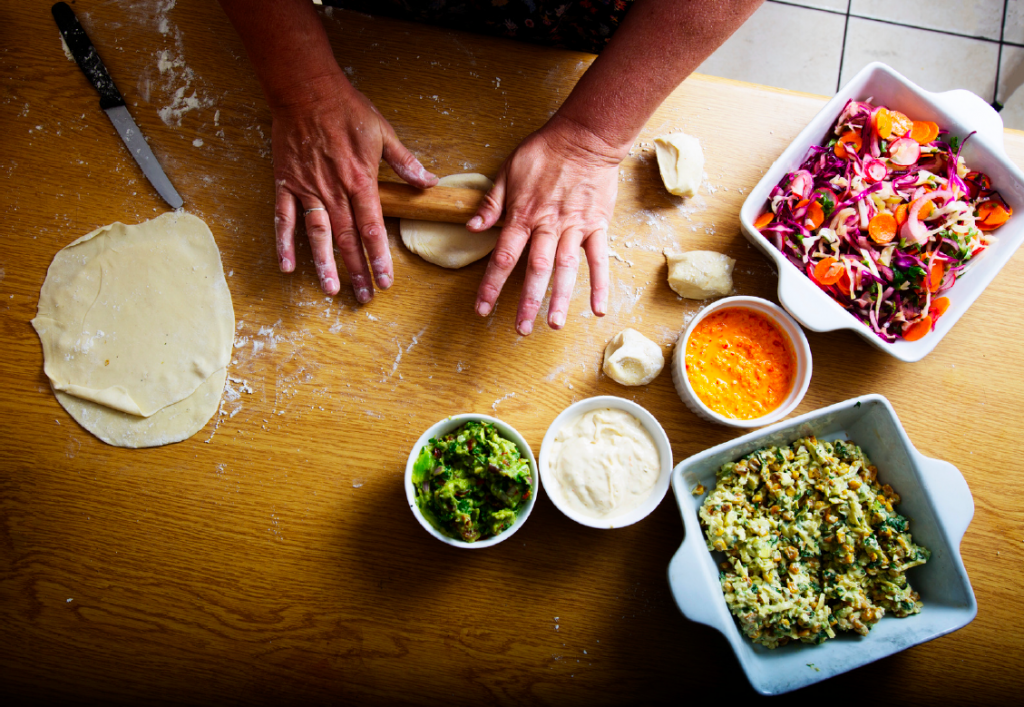 The history of the tortilla

Let’s first take a trip in time to learn a bit about the history of Mexican food.

The origin of the tortilla dates way back. We’re talking long before colonisation, although no one seems to know how far back, exactly. Some accounts say 7,000 BC, others 12,000 BC and others 10,000 BC. Let’s just say, once upon a time, the indigenous people of Mexico started domesticating corn.

They would soak the corn kernels in a mix of water and lime juice to remove their skins (a process called nixtamalization) and then grind them down into flour and mix this with water to make a dough called masa. They would then press the dough into a circle and cook it on a hot stone. This was the original tortilla.

The tortilla has since been passed on through Mesoamerican civilizations, such as the Mayans and the Aztecs, to Spain via conquistadors like Hernan Cortés, and then on to the world. It now comes in both corn and wheat flour forms.

The tortilla (which means little cake in Spanish and is pronounced ‘tortiya’) was originally named tlaxcalli in the indigenous tongue, but the Spanish found that a little hard to swallow so they put a Spanish spin on it.

Other ingredients that have long been part of the Mexican diet are corn, wild chilli peppers, beans, salt, honey, chocolate, avocados, vanilla, sweet potato, cactus, squash and turkey. The Spanish added spices like coriander, cinnamon and garlic to the mix, as well as pork, beef, chicken, goat and dairy.

The many uses of the tortilla 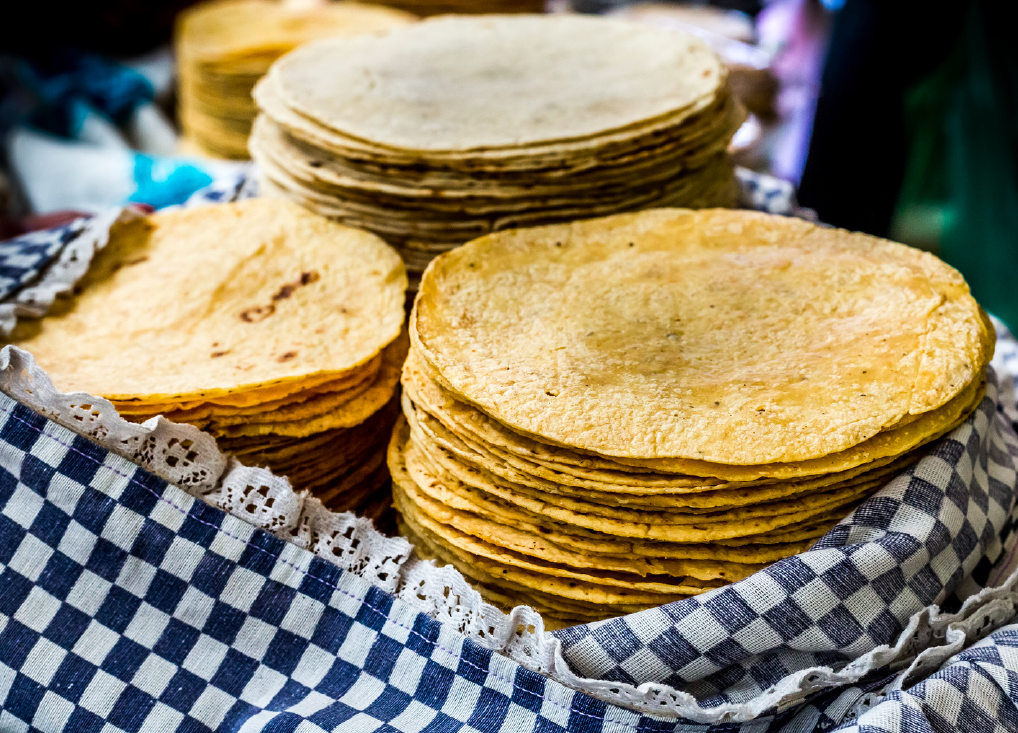 You’ve probably heard of all the variations of tortillas – burritos, tacos, fajitas, enchiladas and quesadillas.

Point being that armed with the recipes below as well as a stack of steaming tortillas, you can make the vegan version of a whole array of Mexican favourites.

If you don’t know the difference between all the manifestations of the tortilla, we’ll break it down for you

Tacos – the simplest one.

Small tortillas filled with meat or vegetables and (in Western countries but not traditionally in Mexico) stuffed with guacamole, sour cream, cheese, etc. For a vegan version, use the vegan chilli con carne recipe below, vegan cheese, guacamole, lettuce, tomato and salsa.

A large tortilla wrap stuffed with mince, beans, rice, lettuce, tomato, sour cream and guacamole. One burrito is a meal in itself. For a vegan version, swap out the mince with the chilli con carne below and make your own vegan sour cream by soaking cashews and blending them with lemon juice and olive oil. Alternatively, you can blend soft tofu with lemon juice and olive oil.

Fajita – the stripped one.​

The difference between fajitas (pronounced ‘fahita’) and the rest is in the way you cook the filling. Traditionally, the meat would be cut into strips and stir-fried with veggies in a cast-iron skillet. For a vegan version, stir-fry strips of Portobello mushrooms or tofu with sliced peppers and onions.

Enchilada – the saucy one. ​

Large tortillas wrapped around a filling like chicken, beef or vegetables, arranged in a baking dish and topped with salsa and cheese, then oven-baked. For a vegan version, you can use the vegan chilli con carne below or just mixed veg as the filling, and then top with vegan cheese.

Quesadillas – the cheesy one.​

Quesadilla (pronounced ‘kesadiya’) translates to ‘little cheesy thing’ and its allure is in its name. It’s a small tortilla folded in half, stuffed with cheese and fried or grilled until the cheese is all melty in the middle. It can also be two large tortillas placed one on top of the other with the filling in between. It would traditionally be cooked on a flat griddle known as a comal. Of course, you don’t have to stick to just cheese. You can fill it with anything you want.

Here is our take on the vegan quesadilla

Avocados are native to Mexico and were being smooshed up with tomatoes and chillies long before the conquistadors arrived. The Aztecs called it ‘ahuaca-mulli’ but once again, the Spanish struggled with the difficult Aztec names and it changed over time to guacamole. They also added onions, coriander and lime juice for good measure.

Guacamole is a staple and can be added to and eaten with any and all of the above dishes.

Here is an easy guacamole recipe, plus a corn salsa recipe for extra flavour and colour.

Finally, the chilli con carne (which translates to chilli with meat). For our purposes, it will be chilli with beans and it is super versatile to use in many different Mexican dishes.

Mexican food is diverse, easy to customise, easy to share, and yummy. Be sure you have loads of lime wedges, extra chilli, coriander (if you’re pro-coriander) and salsa on hand to accompany any Mexican dish.

If you have any questions, feel free to reach out and we’ll guide you through making your delicious, vegan Mexican feast.

If you’re in the Port Elizabeth/Gqeberha area, and you want healthy, easy and delicious vegan frozen meals or vegan prepared meals, pop into our store at 25 Westbourne Road, order online or check your local Spar in the Eastern Cape. 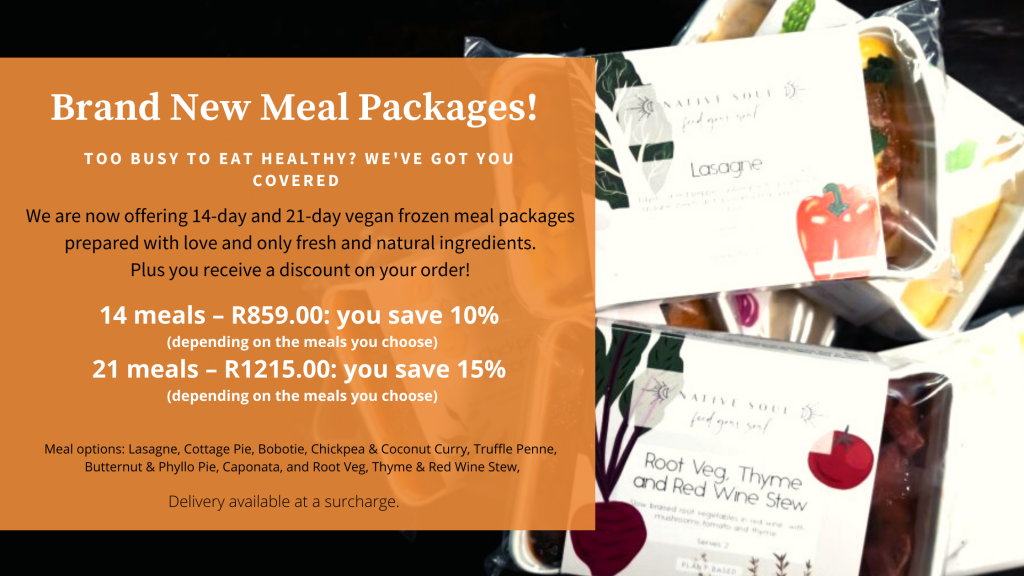 Sourdough starter and secrets for success

Everything You Need to Know About Food Fermentation